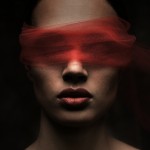 Kristiene Gray (1982 – ) was born in Cheltenham on New Years Day. She attended high class schools and a finishing college, where she drifted deep into the BDSM scene as a means to escape her upbringing. She left the scene when she felt she needed greater emotional attachment than she was getting. From there, a successful career followed in digital media sales, where she ended up employing someone (now very high profile) who became the significant influence in her life. Traumatised by family tragedy and under increasing pressure at work, she decided to completely de-stress her life by allowing all decisions to be taken on her behalf by someone special – her employee with whom she was now deeply smitten. This led to her dropping her career and committing to do their bidding. One task was to write and has led her to create a series of two “factional” trilogies to be published in 2012-2013 based on her personal experiences, but set within the confines of a coherent story. The first, “The Life of Riley” published as a series of episodes that build into three volumes. They cover the real and explicit content she felt missing from the E.L.James 50 Shades series. The second series, “Close to the Edge”, covers even darker, edgier genres. Because of the public profile of the major influencer, she keeps her private details very private.

What she says about Tanya – The Word Maid:

Simply the best copy editor/proofreader I have ever worked with.

Well, it looks as though 2, maybe 3 weeks are booked for May. If you have a manuscript that you would like copy-edited, contact me soon.

Do what you feel in your heart to be right - for you'll be criticized anyway.-Eleanor Roosevelt Every time I read this, it has new meaning.

What Authors say about me